Fast and Furious 9 is the ninth installment of the Fast and Furious franchise. It is expected in 2021 and millions of fast and furious fans are waiting anxiously for its release. Justin Lin is the director of a popular film. The male lead role is played by none other than Vin Diesel. When it is about the film called Fast and Furious it is not only liked for its screenplay or the leading stars working in it. The film gained much popularity for the wide range of apparel used by its cast. The apparel industry has been making quite a lot of F9 jackets since the release of its last installment. There are many F9 jackets that the apparel industry redesigns to be sold at an affordable price for all. The following is a brief introduction to some of the most popular F9 jackets.

Vin Diesel Fast and Furious 9 Premiere Jacket In the premiere of Fast and Furious 9, its lead male actor was seen clad in a black leather jacket that entered the hearts of millions of his fans. It is a black-colored real leather jacket that has a stand-up style collar. This smart piece of men’s apparel has snap buttons cuffs and the sleeves of the jacket are full length. This smart jacket has been provided with a zipper for closure along with the snap buttons. The jacket has a soft viscose lining. There are no pockets on the outer side of the jacket but there are two inner pockets. The star hero Vin Diesel is considered to be the highest-grossing celebrity. He is so popular across the globe that every young man wants to follow him in his outerwear and be an actor like him. The moment people saw him clad in this simple yet trendy-looking black jacket they wanted to buy it but buying a celebrity jacket is not a joke as it is designed by the topmost designers and is very expensive for the common public.

Vin Diesel Jacket In The Road To F9 Concert In the publicity campaign for the Fast and Furious 9 a concert named The Road to F9 was organized in which Vin Diesel was seen wearing one of the furious 9 Theme Jackets. The jacket received a lot of compliments from the critics as well as the masses. It was a real leather jacket that was lined with soft viscose. The exceptional piece of men’s attire had a snap tab button style collar that gives it its stylish look. The jacket is provided with a zipper as a front closure. The celebrity-worn jacket had two pockets at the chest, two at the waist, and two pockets on the inner side. The classy outerwear has full-length sleeves with zippered cuffs. It was a blue-colored jacket with the FF9 logo printed on its back. The apparel industry has already manufactured its redesigned version so that it could be sold for an affordable price and everybody could buy it easily.

John Cena Vest In Fast and Furious 9 The second strongest role in the movie is that of the action actor called John Cena. In the movies, John Cena is seen wearing a cotton vest that has a stand-up collar. Soft and warm materials are used for the lining of the vest. The vest is provided with straps on the shoulders. This brown-colored vest has a zippered front closure. This special piece of outerwear only supports inner pockets. 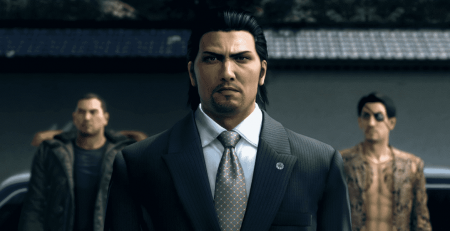